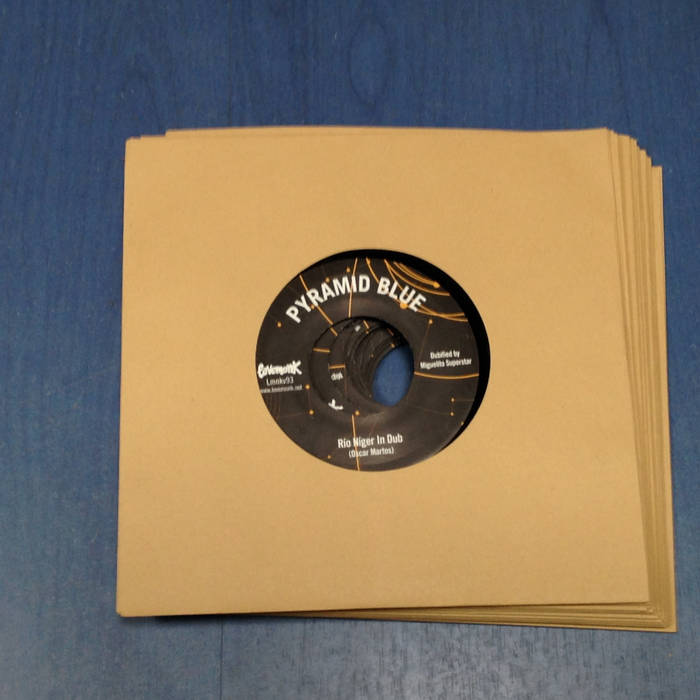 “When spiders weave together, they can catch a lion,” the Ethiopians say. On this vinyl-only single by the mighty Pyramid Blue, the spiders in question are the band and Miguelito Superstar. The Barcelona-based producer took the band from Madrid to his infamous echo chamber and did his thing on “Río Niger” and the aptly titled “Arácnido”, both taken from the fantastic debut album released in 2012, honouring the lessons learned from the masters Lee Perry and King Tubby. Sounding even more mysterious and psychedelic, this is Pyramid Blue at their finest. Simba beware!

More info:
The pyramid has a secret inside that only the lucky few are privileged enough to enjoy. Oscar Martos and his henchmen have deciphered the coordinates of the roots of African music, hiding rough diamonds and priceless treasures. Black music is a tree with many branches, and Pyramid Blue explores its roots, bringing them to us with respect and loyalty.