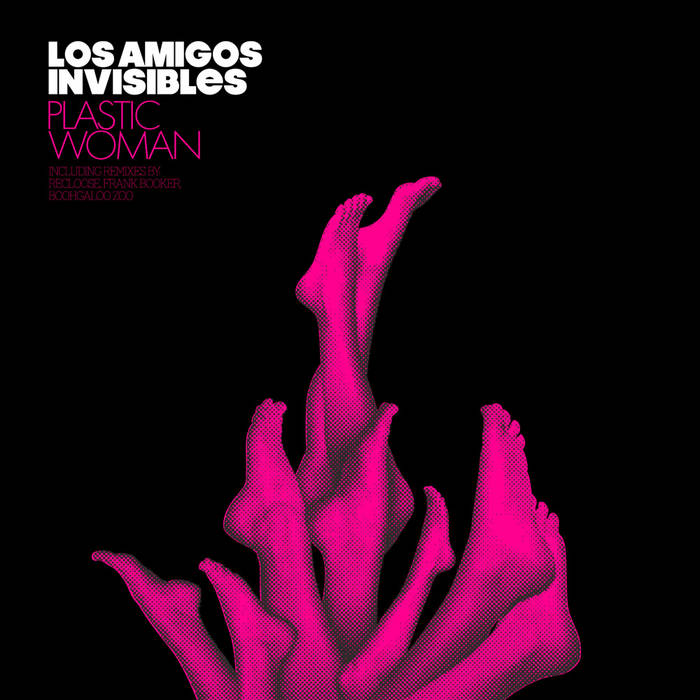 Massimo Tasca because it's an amazing house-deep house remix from my favorite band Los Amigos Invisibles, I share nationality with them and everytime they come to Miami, I'm there dancing and drinking with mucha gozadera records and beautiful latin girls. Favorite track: Plastic Woman (Recloose & Frank Booker Remix).

Taken from the 2009 album “Comercial”, “Plastic Woman” is a delicious piece of playful discofied pop by the Venezuelan sextet. The original already is more than ready for some serious dancefloor action, but that didn’t stop us from getting some more from three of the finest club dons around.

Firstly there is Belgian funkateer K’bonus in his new Boohgaloo Zoo disguise giving it a P-funked breakbeat-come-house re-rub, and secondly Detroit don Recloose teams up with Frank Booker to turn the tune into a phenomenal house bomb. In the words of the great Ray Davies: “Come dancing!”

From their humble beginnings in 1991 the band have been building a serious reputation in their home country, to the point that David Byrne heard from them and immediately signed the invisible friends for his Luaka Bop label. After getting a nomination for the Grammy and the Latin Grammy Awards (for their thrid album “Arepa 3000”) and relocating to New York City their light started to shine over the rest of the Americas as well, resulting in more records and award nominations, several tours all over the continent, and finally leading up to “Comercial”, their seventh album.