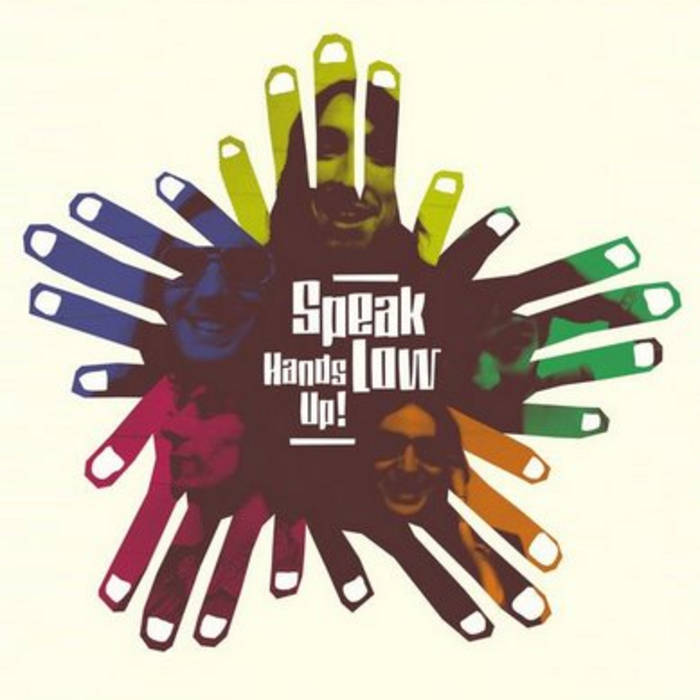 Speak Low are a funk combo based in Madrid. The sound of the mighty Hammond organ, the powerful brass section, the stomping rhythm section and the super funky guitars makes for an unstoppable funk machine. Unstoppable on stage, but also in the studio, as you will hear on this brand spanking new album.

Speak Low is one of those bands that go against the grain. In Spain, the general idea is that soul and funk do not “work” that well. It’s also widely known that six musicians coming from different bands and projects, all of them real heavyweights in Spain (Muchachito Bombo Inferno, Sunday Drivers and Vetusta Morla, if you really want to know), are not going to be able to coincide when it comes to rehearsing, touring and writing songs. Besides, a Hammond organ weighs at least as much as a washing machine and is delicate like china...

Six years ago the Speak Low boys decided to get together to put together a set based on jazz, funk and soul classics, and what started as a fun way to spend a couple of free hours grew to be one of the best funk bands of the old continent. Their first album was released by the mythical Acid Jazz label, to much critical acclaim, while in Japan the record sold a more than considerable amount after being released by Ultra Vybe. On top of that, a couple of singles were released on luxurious black vinyl by Funkorama and Lovemonk – collector’s items which are included on this new piece of work and have been praised by such soul and funk connoisseurs as Mr. Scruff, who said, when Lovemonk sent him the 7”: “Yes, I love it, I just bought it the other day.”

And now, after a couple of European tours and loads of anecdotes that include tapes, lost hard-discs and CDs that never reach their destination, “Hands Up!” is finally here – a thrilling record that will fill many a life with happiness, buckets of sweat and a whole lot of soul.