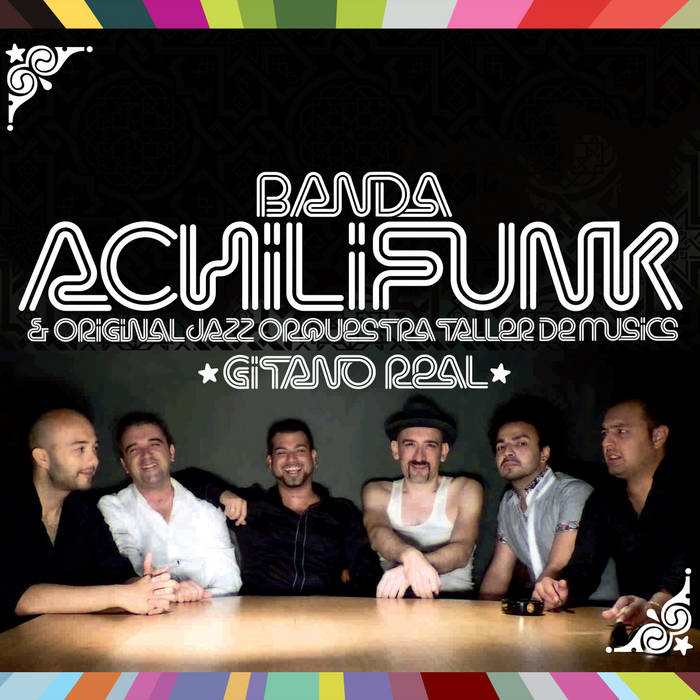 In 2007 “Achilifunk”, a compilation + booklet selected and written by Txarly Brown, was released to much critical acclaim both in Spain and the rest of the world. “Achilifunk” was a surprise which opened the eyes of many, especially in Spain, where, for reasons of age, ridiculous hipsterism or whatever other excuse, people didn’t associate the word rumba with Barcelona, funk, disco, salsa as well as many other things, which are all as diverse and interesting as they are enriching. The reviews were incredible and the compilation was even chosen as one of the best records of 2007 by British magazine The Wire, which was the nudge some of the most hipster-oriented Spanish media needed to embrace “Achilifunk”.

Two years later, a new musical joint, baptised “Más Achilifunk”, shook the scene once more. This time, Txarly paired the best rumba combos from Barcelona with international remixers for a new funky stew with rumba and electronica as the main ingredients, far from purism and furiously festive. The result was as exciting as it was surprising, so much so that the prestigious and très avant-garde Sónar festival invited Txarly to present the compilation in its 2009 edition. After that, Brown had to once again come up with something original for the third and last part of the series. And what better way to do that than to start with a clean slate?

“Gitano Real” is that closing chapter of the Achilifunk trilogy. A musical evolution, an attempt to create a new rumba scene with what the predecessors have already accomplished. On this CD, the best musicians from this new scene have come together to form a unique band. On one side we have the gypsy faction, the “Achilis”: Sam (Papawa), Muchacho (La Troba Kung-Fú), Rambo (Sabor de Gràcia) and Jack (Rumbamazigha), all of whom have excellent pedigree. On the other side, you’ll find the great Hammond groove of Paco Manzanares (Mantecao y su Combo) and the super juicy guitar funk of Lalo Lopez (Fundación Tony Manero, Chocadelia, etc). And this combo, called Banda Achilifunk, is joined by the Original Jazz Orquestra Taller de Mùsics, a.k.a. OJO; Twelve academics with an outstanding reputation, captained by Vicens Martín. Together, they have all recreated, Achilifunk-style, a repertoire of rumba hits (”Cocos”, “Gitano Real”, etc.), funk classics (”Vulture” by Labi Siffre, “Bad” by Michael Jackson, “Miracles” by the Jackson Sisters, “Ain’t No Stopping” by MacFadden & Whitehead), and they even had time to record their own originals: “Feeling”, “La Loteria”, “La Hija del Panadero” and the surprising eighties-style gypsy rap of “Bombéalo!”. Disco, rap, funk, and soul blend with rumba and gypsy music on this incredible record.

Txarly Brown co-ordinated and designed this project in his usual inimitable style, with deluxe packaging for the CD, consisting of a specially designed sleeve including a newspaper and digifile. It couldn’t be any other way: life is better when in it’s in style!