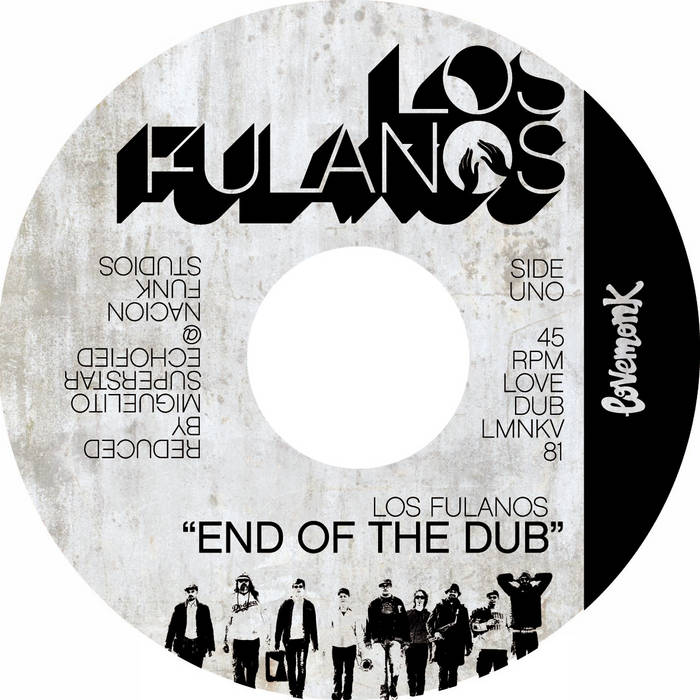 Very limited 7" Vinyl Only Release
Check it out here:
soundcloud.com/lovemonk/sets/los-fulanos-fulanos-in-dub

Los Fulanos just released their first full-length Si Esto Se Acaba Que Siga El Boogaloo, and it's rather brilliant. With the first 150 copies of the vinyl version came this here spicy 7" featuring the dub versions of album track "The End Of The World", in what can only be described as a sexadelic piece of echo chamber boogaloo; and non-album track "Latin Soul Gentleman", on which the delicious vocals by The Pepper Pots get lost in the purple haze, along with the keyboards and percussion. Latin soul boogadub, may we coin that phrase?
By the way, These versions are exclusive to this extremely limited vinyl single (250 copies only) and will not even be released as digital files. How hip is that?