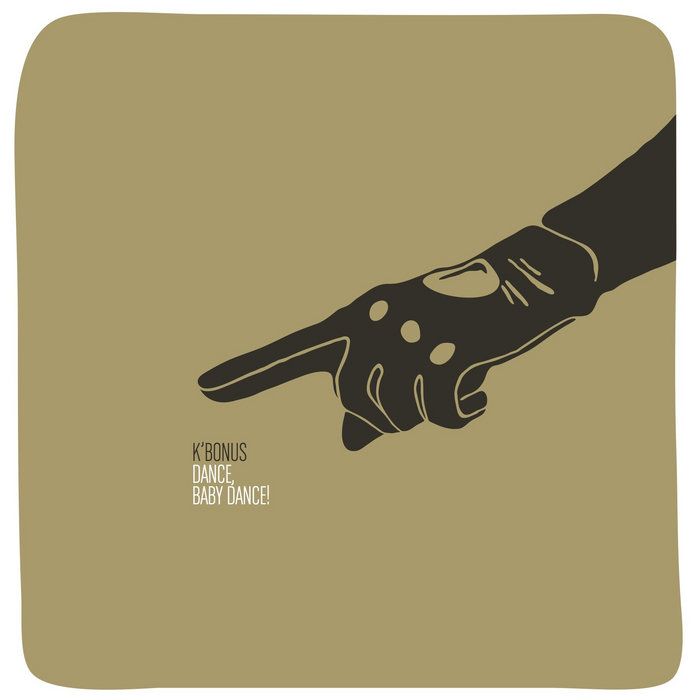 A delicious six-tracker from Our Man From A.N.T.W.E.R.P. featuring remixes from Fulgeance, Cubic Animal and Joash and even a smashing House tune by the man himself.

Tall glass of water K'bonus takes it slow this time with “Dance Baby Dance”, a ridiculously groovy slow jam featuring vocals by JtotheC, destined to get things shaking around the barbie at garden parties around the globe this summer. Fellow Antwerp producer Cubic Animal keeps the tempo but adds some funky abstraction, while French beatmaker Fulgeance cuts some minutes, toughens up the beat and throws in some Arcade game sounds. British Compost darling Joash then jazzes up the tune with some fine drumming and double bass. Bonus track “Strength” is a mean house stomper for the wee small hours of the morning.

Now that's what we call a six-pack.

K’bonus, or Bruno Truyens as his mama calls him, comes from Antwerp, where he has been strutting his stuff on the many stages scattered all over the diamond city for ages. As a drummer in the band Dedos, with which he released a couple of 12”s on the Eighttrack label, as a DJ playing each and every funk-boogie-breaks-soul-techno-hip-hop-house party ever held in Belgium and some more in Europe and the USA, and as a producer having released an album and several singles on Wha?Roots, Pulver, Eighttrack and his own N.I.C.E. imprint. In 2009 he started working with Dutch artist U-Gene on their Boohgaloo Zoo project, releasing several singles and a debut album on Lovemonk in 2010. Now K’bonus is focussing on his solo work again, spreading the funk like there’s no tomorrow.