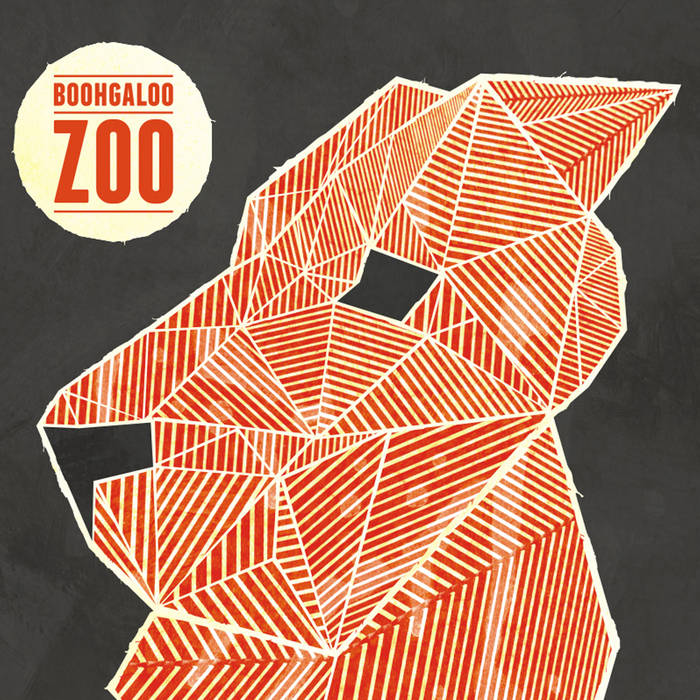 If a big bass line is tickling your loins, a pounding beat is shaking your hips, a whirlwind of words is making your ears ring and you can’t stop your right or left hand from waving in the air while making a horn sign, chances are you are dancing to the sounds of Boohgaloo Zoo. Two fellas from the Lowlands who created a heavy heavy monster sound: a touch of
(nu-)disco and house, stomping hip-hop beats, smooth vocals and blistering rhymes and a whooooole lotta funk spelled with a rather large “P”. Think Arthur Russell, think Chromeo, think Amp Fiddler, think, yes, George Clinton.

K’bonus and U-Gene collaborate with a host of musicians like Cleveland rapper and Gilles Peterson & co.’s favourite Replife, who shows his skills on “Found It”, “Watch It”, (single) “No Joke” and “Tonight”, the García brothers Martín and Josué aka two thirds of Spanish funk ensemble Speak Low’s brass section (“No Joke”, “Dead Wood”) and Belgian turntablist Grazzhoppa (“No Joke”), who will also be part of the outfit when the Boohgaloo Zoo is taken to the stage.

More info:
Boohgaloo Zoo are K’bonus and U-Gene, two veterans of the Belgian and Dutch music scenes respectively. After meeting at the 10 Days Off festival in Ghent the duo started sending each other beats and tracks and soon enough a full album was in the making. K’bonus’ beats and samples and U-Gene’s vocals and keys are a match made in P-funk heaven, as you can hear on this, their debut album following the 12” of “No Joke” (which featured remixes of Juju & Jordash and Seiji).