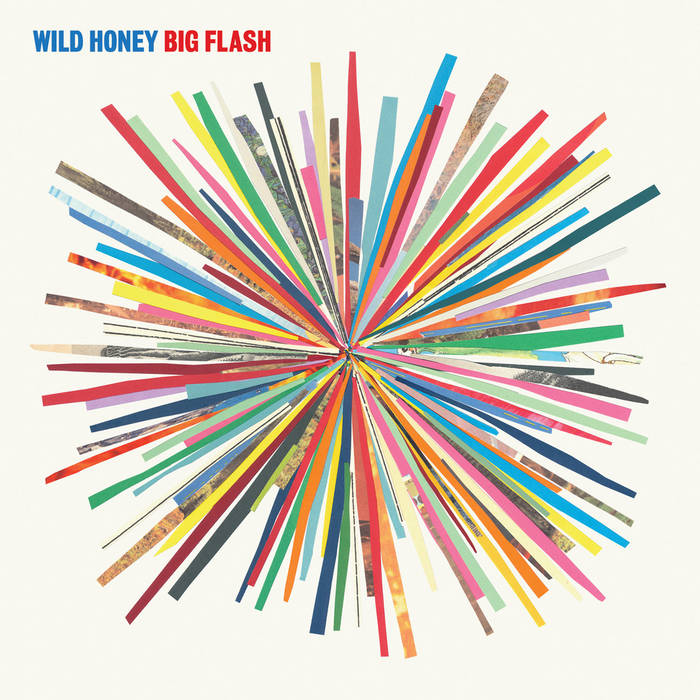 Like many of our favourite stories, everything starts with a young Guillermo Farré, our main character, listening to an insane variety af music in his High School days, later playing with a few bands and finally taking advantage of all that and his talent to write and sing wonderful songs. To have Stereolab's Tim Gane sitting in the producer chair for his new album has been the icing on the cake. The story ends (so far) with Wild Honey's sophomore album, “Big Flash”. Pure, catchy and beautifully arranged pop songs with a slightly lysergic twist.


“Before anything else, I love to listen to music. Listening to music inspires me to do things with Wild Honey, in fact, most of the decisions I take are from a fan's point of view, rather than based on technical aspects,” says Guillermo Farré. “For this new album, I made a list of people I would like to work with, and the first one on it was Tim Gane. I love the production of his records with Stereolab, and it's quite different from what I could do at home with Wild Honey, and it's very personal.”

So Guillermo got in touch with Tim and told him straight up he would like him to produce “Big Flash”. Tim had never produced anyone other than Stereolab and the music he wrote with High Llamas' Sean O'Hagan, but he invited Guillermo to come to Berlin to get to know each other better and see if such a collaboration would make sense.

“The trip was amazing, and working with him turned out to be one of the best experiences in my life,” Guillermo says. “We talked about music for hours on end, tried out all kinds of weird effects and sounds Tim has been collecting over the twenty years of his career, he told me some crazy stories, and eventually he gave the Wild Honey sound a most interesting twist: it's not a break from the old sound, but an expansion of the colour and rhythm palette, which I feel has made the record much more varied.”

“I wanted to make a record with more emphasis on the rhythm section, which Diego Blanco and Javier Lorente took care of. The first album ["Epic Handshakes And A Bear Hug"] was something I recorded in my bedroom, and playing those songs live wasn't as fun as I expected. On this album, there are several songs (“An Army Of Fat Synths”, “Rogério Duprat Looks Out The Window”) that started from different rhythms, with one eye on the kind of pop feel many tropicalia bands used to have, and on the hypnotic rhythms of groups like Broadcast or, indeed, Stereolab.”

The result is an album full of proper pop songs, with catchy melodies and beautiful arrangements. You may hear echoes of Os Mutantes, The Beach Boys (Wild Honey takes its name from one of their songs), Todd Rundgren, Broadcast, Ennio Morricone, The Millenium, Bill Fay, or The Zombies, or you may not hear them at all, because most of all, Wild Honey has carefully crafted a sound of its own.


More info:
Wild Honey is the sublimation of Guillermo Farré's circa 725 other bands and projects. As a composer, singer and multi-instrumentalist, he has released two EPs (“The House By The Sea” in 2008 and “Diamond Mountain” in 2010), an album (“Epic Handshakes And A Bear Hug”) and a 7” featuring remixes of tracks off “Epic Handshakes” by Algodón Egipcio and Amerigo Gazaway from Gummy Soul.

After hearing Guillermo Farré's 2009 album “Epic Handshakes And A Bear Hug”, so beautiful we just had to reissue it, we've been waiting for the followup with the sweet despair of first love. Summers came and went, and now, three years after that first spark, Wild Honey is finally back. And with it, the sun, the butterflies, the nervous excitement. But the best thing is that, unlike those first amorous affairs, always better in our memory than they actually were, this new meeting is far from disappointing.