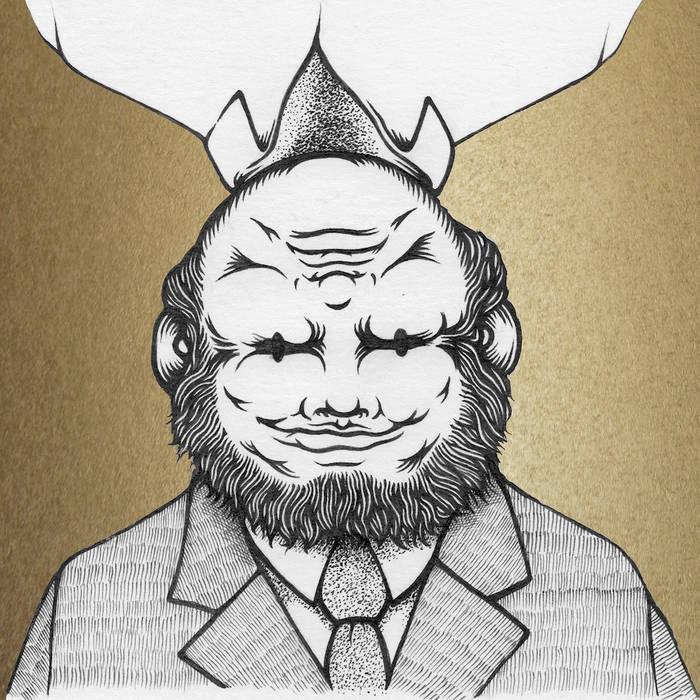 (with the Banksters and the Financial Horns)

During 4days at the start of 2013, Strand was given a second residency at the Red Bull Studio in Madrid. The first residency in the summer of 2012 resulted in the "Cajas sin ahorros",7“released by Lovemonk. This time round he had two ideas in mind: paying homage to G-funk and Gangsta Rap (drawing a parallel between the gangstaz and bankstaz of the current Spanish economic crisis) and working with a soul-afrobeat horn section which was conveniently named The Financial Horns. The project would also include his made-up band, The Banksters composed of Javier Diez-Ena from jazz-surf outfit Dead Capo, Mario Zamora from out-rockers Lüger and engineer and producer extraordinaire Oswaldo Terrones who has recorded tracks by Daedelus, Laurel Halo, Sonic Boom and Howe Gelb.Horns, analogue synths and digital live processed guitars are used to display the variety of Strand's music and outrage at the economic crisis. The result is the Bankstaz' Paradize 12”.

Recorded at Strand's studio in Brussels and at the Red Bull Studio in Madrid (2,3,4,5 January 2013)
recordings by Oswaldo Terrones.