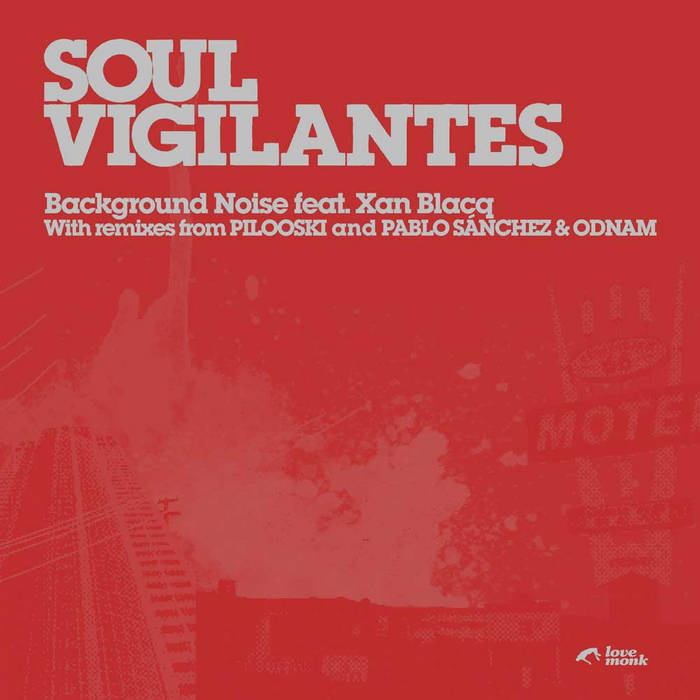 The title track of José “Jas” Álvarez’ debut album is a head boppin’ piece of funk, soulfully sang by the man who can, Mr. Xantoné Blacq, one of the many collaborators on the Soul Vigilantes longplayer. Background Noise gets the uptempo house treatment by Pablo Sánchez and Odnam (of Caracas funk outfit Los Amigos Invisibles), while French editmeister Pilooski takes the track on a hypnotical(ly) slow cosmic disco trip.

Some background info:
Soul Vigilantes is a worldwide modern soul project leaded by spanish composer, arranger and producer Jose “Jas” Álvarez. The project started in 2004 with the song Shy, released as a 12” maxi-single. The track has since been included on many a compilation and got raving reviews. Jas has since been able to combine his daytime job as a composer and producer of music for commercials and such with the writing, producing and recording of Background, an album released in March 2008 on Lovemonk on which a sring of luminary artists such as Xan Blacq, Aqeel, Jocelyn Medina, Concha Buika, Mayka Edjole, Raul Marques, Mandela, Rubén Morán and Martín Buscaglia collaborate.