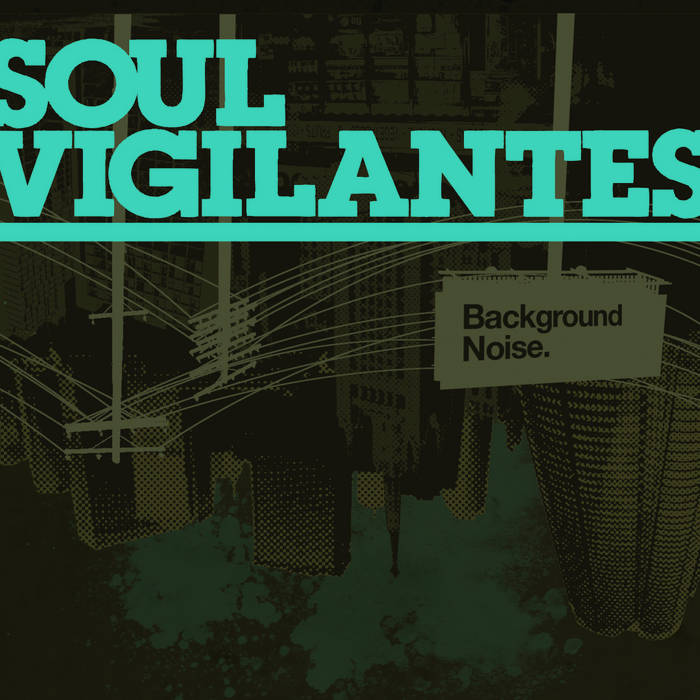 Soul Vigilantes is a worldwide modern soul project leaded by spanish composer,arranger & producer Jose “Jas” Álvarez. The project started in 2004 with the song ”Shy” released as a 12″ with on its first incarnation accompanied with an amazing Greg Gauthier & Tony L remix. ”Shy” was licensed for lots of compilations and got amazing reviews. Since then Jose has been busy with his daytime job related with music for commercials and other non-Soul productions, but he found time for composing and arranging the songs included in Background Noise, with the help in production from Señorlobo and Bruno Muñoz – the Lovemonk crew – and a lot of people involved in the project. Jose’s stuff inmediately attracted the interest of many great musicians and singers so easily a great cast could be involved in the album.

Xan Blacq’s velvet voice is the lead in four songs in the album. The Nigerian singer based in London is a rising star in the soul scene, Xan’s voice reminds of the best classic vocalists. The rest of the singers are not less amazing, Aqeel, from LA, is a hip hop and soul vocalist with a superclassy voice rooted in the best of Motown and of course Marvin Gaye. Jocelyn Medina is a NY jazz singer with an unique voice texture, sometimes reminding Esther Phillips. Concha Buika is probably the most complete voice in Spain, her skills move from Jazz to Copla Flamenca and all things funk. She has collaborated with the major actors of the discerning dancefloors, from Trüby Trio to Ralf Gum. And closing the album the surprising voice of the new funky “La Lupe”, afro spanish funk sister Mayka Edjole, from The Sweet Vandals. Among this, a couple of the tracks in the album feature lead vocals by Jas himself.

The album also counts with great musicians. An amazing all star horns section with Raul Marques from Portugal playing trumpet, Mandela from Cuba blowing Trombone and Rubén Morán playing Sax. Martín Buscaglia helps with bass and some guitars. Yelsy Heredia from Cuba performs some bass parts too. Alex Maldonado – apart from writing ‘Under Water’, one of the funkiest tunes in the album – also plays guitars on a couple of songs and also Miquel Ferrer’s, Speak Low’s Pax and Borja Barrueta playing drums. Even Rubén “Watch TV” García, adds some of his infamous programming to a couple of tracks.

The album was mixed by Toni Economides, part of Da Lata and engineer behind Bugz In The Attic, Phil Asher, Reel People, Seiji and many many more. Artwork was made by Mike Davis of the infamous Burlesque studio in California. Background Noise is a fabulous Soul trip, walking by the good side of funk, with influences ranging from Prince, Steely Dan or Zapp to Earth Wind & Fire, D’Angelo, Chic or James Brown. Soon remixes by Elektrons, Simbad, Pilooski and TM Juke among others.