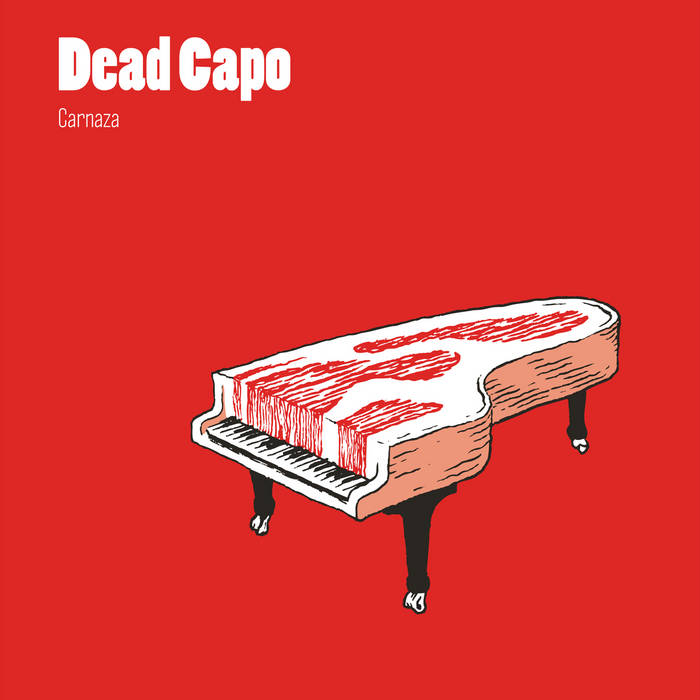 “Atraco a las 3” (“Robbery At 3 O’Clock”) is a fantastic cover version of the theme song to the Spanish 1962 film of the same name, composed by Argentine Adolfo Waitzman. On the flip side, you´ll find the Dead Capo original “Carnaza” (“Scraps Of Meat”). Two top tunes that are a remarkably fresh mix of jazz, swing, rock, soundtrack music in the vein of Mancini-Schiffrin-Barry-Rota, surf, lounge, funk and blues. Super hot!

Background info:
Dead Capo was created in 1999 from the ashes of the Spanish rock/punk/jazz combo Insecto. Like its predecessors, the band explores the outer limits of the musical universe, creating its own high-risk brew that is hard to classify.
In 2000 they founded their own label, Pueblo Records, releasing their debut album”Díscolo” (2002) on which they collaborated with two key figures of the Spanish independent music scene, Nacho Mastretta and Markus Breuss (Clónicos, OCQ, Mil Dolores Pequeños, etc). The album was critically acclaimed in several magazines from the pop, rock, indie and jazz scenes in their homeland. “Atraco a las 3 / Carnaza” is their first release on Lovemonk.